Life Within the Journey Then and Now: Oliver 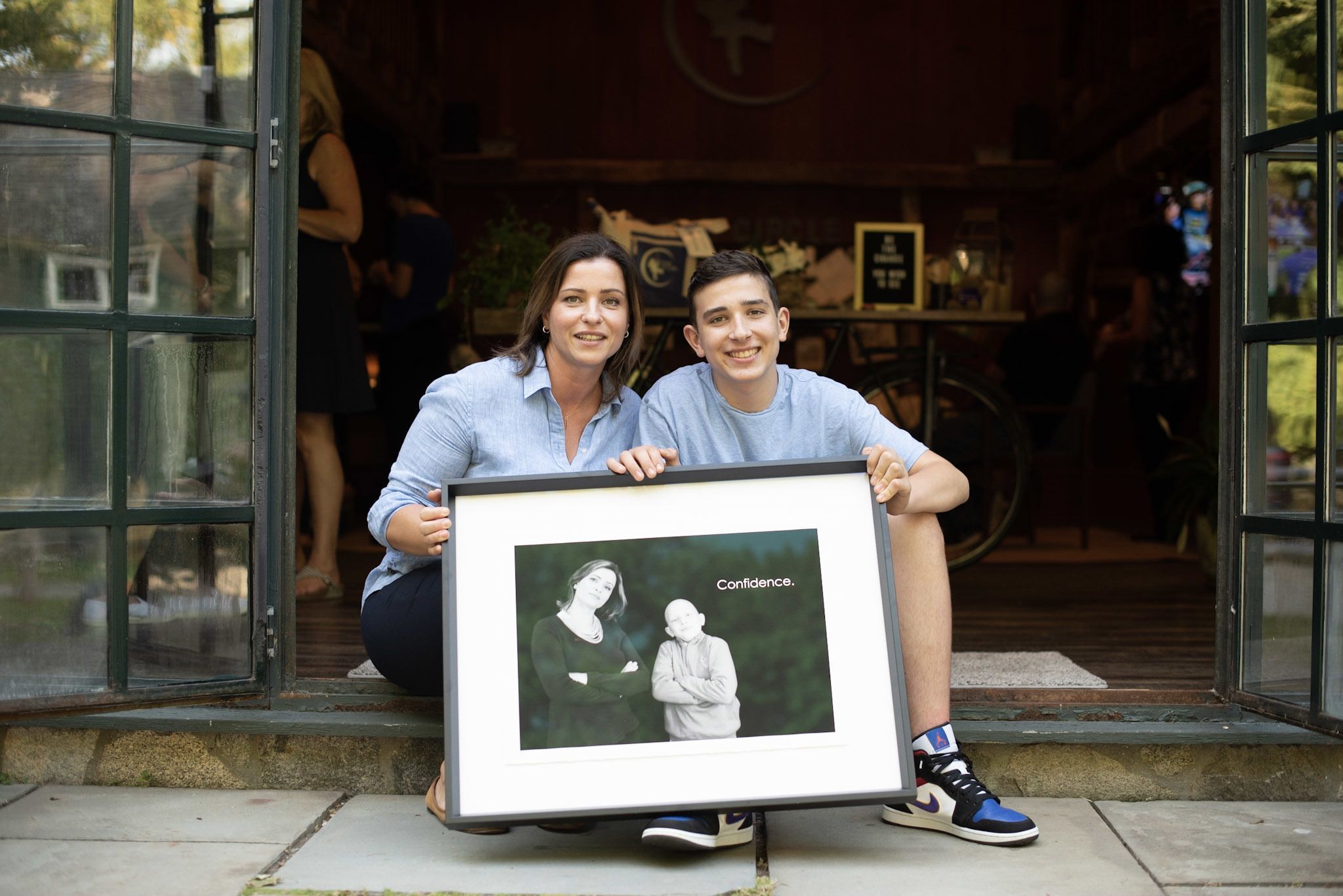 When I joined Circle of Care, I learned about a series of portraits taken on a children's hospital floor, started in 2014, called "Life Within the Journey." I didn't understand what the title meant at first, but when I thought about it, I found it to be a perfect description. Cancer is indeed a journey. It was a journey I went through with my wife, and it's a journey that millions of people face every year. But every journey is unique. Each has its own story - some are sad, some are hopeful, some are inspiring. When I looked through the various portraits from the 2016 photoshoot, there was one in particular that grabbed my attention. It was a photo of a 10-year-old boy standing next to his mother with his arms crossed. He had no hair due to chemo, and there was a defiant grin on his face, almost like he was taunting the camera. The photo was titled “confidence," and the paragraph written below ended with the words, "We've got this." Looking at this photo made me curious-- how did a 10-year-old going through cancer treatment have such strength? And how is he doing now?

I met with Oliver's mother recently to get these answers. When speaking with her, I was taken by how much the confidence and strength that Oliver showed in that 2016 photo not only continues to this day but has evolved impressively. Oliver, now 15 years old, has grown to over 6 feet tall and has become an accomplished athlete for his high school football and basketball teams. He demonstrates strong values by giving back and showing kindness to others. He has not only persevered but excelled by staying positive and working hard. Oliver refuses to be defined by his cancer, he moves forward. After high school, he plans on going to college to study technology.

When I finished my conversation with Oliver's mother, it occurred to me that there was not one trace of sadness in her voice. Quite the opposite, her entire demeanor projected only strength and resilience. It became clear to me where that 10-year-old boy got the confidence to face cancer with such conviction-- it was from his mother. Even though Oliver and his mom faced a frightening cancer journey, they don’t dwell on the past. Instead, they focus on what lies ahead, because there is so much to look forward to.